The Presidential Election has a big impact on the housing market!

Please note, this article is to bring information to those interested in the housing market and not intended by any means to pick sides politically.

With the outcome of the recent election, there has been a lot of stir around where the housing market will go. In history, we have seen, time and time again, that the housing market soars shortly after election. But with housing already reaching unsustainable levels, how will we offset t
his? Will Trump need to boost jobs and the economy? America has barely staggered out of recession, so Trump could come out on top just because of timing.

Could Trump be the champion of affordable housing? During his acceptance speech early in the morning on Nov. 9 in New York, Trump promised dramatic new investments in infrastructure, which could boost the available supply of housing. 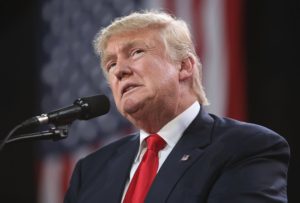 During this election, one part of the main struggles of the middle class was the inability to find good, affordable housing. The housing market plays hand in hand with the economy and jobs.  Right now, first time home buyers are struggling to find any home that is in their price range. In Los Angeles alone, the market went from average $404,200 in 2009 (bottom of the market) to a median price of $570,500 by 2016 (laalmanac.com). These prices mean that a household needs to earn $96,513 a year, according to HSH.com, to afford a median-priced home.

If you did not tune into the last crash in 2008, it was largely caused by a lack of check and balances in the lending industry. Lenders were selling subprime loans to unqualified buyers. With everyone and then some being able to obtain a home loan, demand skyrocketed, driving prices up. This was depicted in the Big Short (a must-see great explanation of the 2008 housing crash). Since the crash, the lending industry is tightly regulated now, if anything, it is hard to get a loan with anything less than a 720 credit score! I’ve seen numerous well-qualified buyers with large sums in their bank, excellent credit scores, but a high debt-to-income ratio holding them back. These buyers had to go through a number of different banks to close on their homes. So what would drive the next crash if the lending institutions are so regulated?

A housing crash is caused when housing prices reach unsustainable levels, leading to a decline. These unsustainable levels have been occurring in major cities throughout the country. Some areas have surpassed their peaks, —places like the San Gabriel Valley, flooded with foreign cash investors primarily from China, or the Westside, which has welcomed a surge of high-paid tech workers in the past couple years, getting the name “Silicone Beach.” Other rich areas have seen nice, healthy gains too, while poor areas have actually lost housing value. Middle-class areas have been stagnant or fallen just a bit. That all tracks with how the rebound from the recession has gone in general: the rich have come back as strong as ever, while the rest of the US still struggles.

In the last few years we have seen China leading the Los Angeles foreign all-cash investors, beating out the most well-qualified buyers using home loans. Chinese investors pumped $59 billion into the U.S. from 2000 through December, buying or creating more than 1,900 companies that employ 90,000 workers. Employment tripled in 2015 from 2012. In 2015, China invested $1.1. billion into California real estate, and $3 billion in New York real estate (Rhodium Group’s China Investment Monitor). It makes sense that foreign investors started buying out more real estate. In 2011, home values were at all time lows, and there was room for exponential growth! U.S. real estate was one of China’s top investments, just below Telecom and Technology. 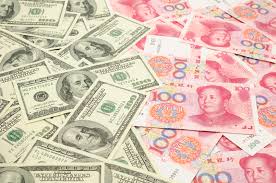 Early this year 2016, China devalued the Yuan Renminbi and the government tightened restrictions on moving money over to the U.S. This could be the reason for the slower growth this year, adding to the fact that there is just not as much room for growth in these high demand city areas now. During his campaign, Trump criticized the U.S. as being on the losing end of its dealings with China, particularly on trade, the flow of money has significant benefits, the study found.

So with global economy changing, and the new president, what will our future real estate look like?

Rick Sharga (Ten-X, real estate auction site) said the key to the housing market fully recovering depends on more jobs and better wages driving household formation and homeownership, which Trump promises to improve. “If President Trump is half as successful as his plans call for, the housing market will soar,” he said.

“We are going to fix our inner cities and rebuild our highways, bridges, tunnels, airports, schools, hospitals,” Trump told his supporters. “We’re going to rebuild our infrastructure and we will put millions of our people to work as we rebuild it,” Trump said.
All in all, if Trump can create more jobs for the middle class, there could be a huge surge in the housing market. Nearly every millennial since 2008, has struggled to find a good paying job straight out of college, this is no news, research shows that millennials are choosing not to have children, and if so, not until their mid-30’s. Most research shows the reason for not starting a family for millennials is because they can barely afford life on their own. This is in direct correlation with housing prices and jobs available. Pew Research Center came out with a report in May 2016 that said for the first time since 1880, adults aged 18-34 are more likely to live with a parent than any other arrangement. 19 percent of 25-34 year olds in metropolitan areas have been living at home. This is the largest rate since 1940.

Will the American dream of everyone owning their own home find it’s way back in 2017? With primary mortgage rates staying steady between 3-5%, the option is more than available. Only time will tell!

Subscribe to our email newsletter to get updates on Los Angeles, the holidays, and the housing market.